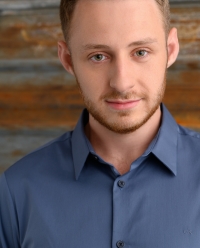 Ryan teaches voice to students of all ages and backgrounds. His primary goal has always been to help each of his students discover, hone, and love the voice that was given uniquely to them. Above all else, Ryan believes that healthy vocal production and longevity of the voice are the keys to beautiful, emotionally effective singing. Whether the student is looking to establish a foundation of vocal technique, or looking to advance specific areas of their singing, Ryan is more than able to cater his teaching methodology to align with each individual student's goals. Ryan has a background in Classical, Musical Theater, and Pop singing, and enjoys teaching in any and all styles!

Ryan has been engaged performing and teaching both in the Seattle and Chicago areas for the last three years. He has performed numerous concert and operatic works as a professional soloist during that time including Mozart's Requiem, Handel's Messiah, Beethoven's 9th Symphony, and more! Ryan was a Young Artist Fellow at the Brancaleoni International Music Festival based in Piobbico, Italy in both 2017 and 2018, where he performed leading roles in Donizetti's L'elisir d'amore, and Puccini's Gianni Schicchi respectively. Ryan has been attending Northwestern University pursuing a Master's Degree for the last year. During this year he was in charge of teaching undergraduate non-major voice students, and performed multiple lead roles for Northwestern's opera program.

1) Set up a weekly practice schedule and stick to it! Developing one's sense of discipline outside of the practice room is every bit as important as the work one does during their practice sessions.

2) Define each and every practice session with a short list of specific goals! I find that practicing not only becomes less daunting with attainable goals in mind, but also that I am able to stay more focused on what I want to achieve in the practice room on any given day.

Singing the aria "Una Furtiva Lagrima" in the courtyard of a Renaissance-era castle in Italy to a full crowd of Italians.