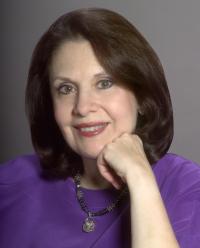 Barbara graduated from the Juilliard School in New York after completing both her Bachelor's and Master's Degrees in Voice and Opera Theater.

Some of her mentors were also individuals that she studied with, including Florence Page Kimball, Alice Howland, Antonia Lavanne, Cornelius Reid, James Carson, and Susan Charles.

Ms. Martin has a passion and natural talent for voice, but specializes in classical and music theater voice training.

Barbara's achievements stem far and wide, as she has performed all throughout the United States, Europe and Asia, and made appearances at various music festivals such as Aspen, Boulder, Ravinia, Caramoor, Huddersfield, Adelaide, and Salzburg. In addition to this, she was an apprentice at the Metropolitan Opera in New York, and the Central City opera Company in Colorado. She has sung composer George Crumb's master-work, "Ancient Voices of Children" with the Chicago Symphony Orchestra, the Berlin and New York Philharmonics, the Vienna Symphony Orchestra, the Maggio Musicale, the Montreal Symphony, and the Israel Philharmonic to critical acclaim. She has had several opera appearances, which include the Metropolitan, Chicago, Central City, New Jersey State, and Minnesota Operas. Several of Ms. Martin's recordings feature works by Argento, Babbitt, Crumb, Hovhanness, Husa, Rochberg, Thompson, Talma, and Ung. She is also the featured soloist with James Freeman and Orchestra 2001 on the 2010 Grammy-Nominated CD, "A Journey Beyond Time and The Winds of Destiny".

Ms. Martin has also been a guest professor and Artist-in-Residence at the International Summer Academy Mozarteum in Salzburg and the Royal Danish and Odense Conservatories in Denmark. She has served on the faculties of Bennington College, CUNY at Brooklyn and is currently Voice Department Chair at the Music Institute of Chicago.

As an audio book narrator, her work is featured on Amazon.com, and Audible.com.

She is also a member of NARAS (Grammys), and is an active member of SAG/AFTRA, serving on the Singers and Audio Book Committees in Chicago.