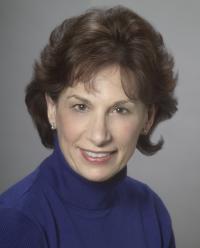 Elaine earned her Bachelor of Music degree in Piano Performance from Oberlin Conservatory and was a Master's in Music candidate from the University of Colorado.

Elaine has been influenced by many musicians in her musical career beginning with her first teacher Dorothy Crost with whom she began her musical training at age 6 until graduation from high school. She credits Jack Radunsky, her teacher at the Oberlin Conservatory of Music with bringing her playing to the next level as well as later study with Vitya Vronsky at the Cleveland institute of Music.  Continued private study and master classes with Menahem Pressler at Indiana University since 1983 have been an important component in developing and maintaining a Ms. Felder’s artistry as a pianist.

Regional prize winner of the National Federation of Music Clubs, and a scholarship student at the Dartmouth Summer Music Festival.

Elaine was a faculty member at the Cleveland Institute of Music from 1970-1974.  She has been on the faculty of MIC since 1976, is the chair of the MIC Piano Department, and coaches chamber music both in the Community School and the Academy of MIC.

In 2004 and 2006: invited to piano faculty of the Pitten Summer Music Festival in Pitten, Austria
In February 2014: invited to give master classes and pedagogy lectures at the pre-college Teaching Symposium at the University of Florida.
In May of 2017: presented with the Richard D. Colburn Award for Teaching Excellence at the annual Music Institute of Chicago gala.