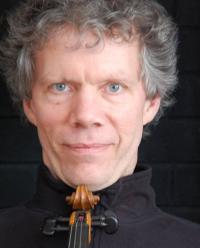 Mr. Tacke studied with Ernst Mayer-Schierning in Detmold, Emanuel Hurwitz and David Takeno in London, and Sandor Vegh in Cornwall. He graduated with honors from Nordwestdeutsche Musikakademie, and later returned there as a faculty member.

Mathias won his first prize in the Jugend Musiziert national competition. From 1983 to 1992, he was a member of the Ensemble Modern- one of the most important professional groups specializing in 20th century music. In this capacity, he gave countless premieres of works by most of today's leading composers, including Frank Zappa. He has made numerous recordings for labels such as Sony, ECM, Harmonia Mundi, and Teldec.